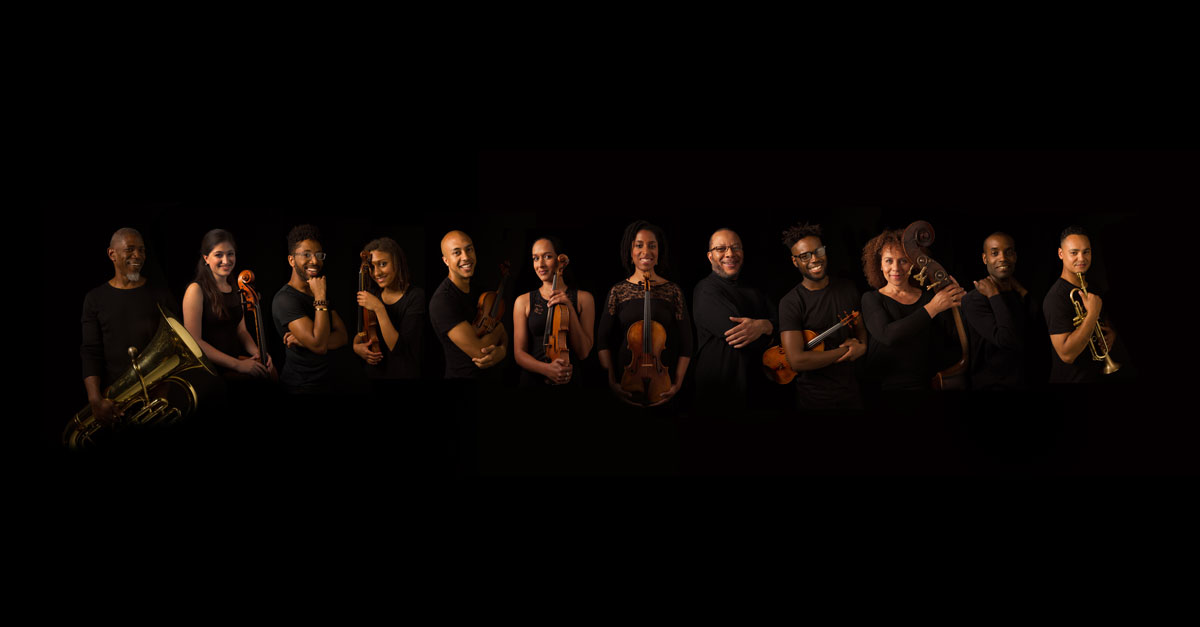 Chineke! Orchestra’s debut concert last year was described as ‘a significant moment in our cultural life’. (The Independent)

Chineke! Orchestra is Britain’s first professional orchestra made up entirely of black and minority ethnic musicians. It performs works from the classical canon alongside composers who are less often heard.

The suite from the opera L’Amant anonyme was written by the 18th-century Black composer Chevalier de Saint-Georges who, as a virtuoso violinist, led the orchestra in Paris for whom Haydn wrote his Paris Symphonies. Making his Royal Festival Hall debut, Sheku Kanneh-Mason performs Haydn’s ‘Cello Concerto in C Major’.

Dvorák’s New World Symphony reflects the composer’s interest in Native American music and the African-American spirituals that he heard during his years in America in the last decade of the 19th century.

Alongside this concert by the Chineke! Orchestra, the Chineke Junior Orchestra perform in The Clore Ballroom of Royal Festival Hall in a Passenger Seats event, giving the public the opportunity to sit within the ranks of the orchestra and experience the sights and sounds of a group of talented musicians making music together.

Tickets for the Chineke! Orchestra concert last year sold out quickly, so book early this year to avoid disappointment.

‘the beginning of something culturally inspiring, [and] a musical event of genuine artistic value’ (The Guardian on the Orchestra’s first concert last year)

‘He was electric. There was something about the way he drew the audience in. A sincere and moving performance. In today’s society, which seems to be swept by mediocrity, he shows how hard work, dedicated and talent can lift you out.’ (The Guardian)